…in Paoli, WI on May 2nd in conjunction with 2015 Madison Craft Beer Week

“We’ll have amazing micro-brews on tap and in bottles that nobody in a 100 miles will have.”
—says Joseph, owner of the Hop Garden.

The Tap Room is currently open Tuesday through Thursdays from 3pm to 6pm, Friday and Saturday from Noon to 6pm and Sundays Noon to 4pm. Check out the Tap Room beer list. 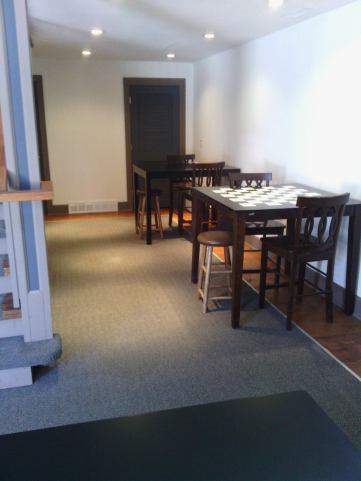 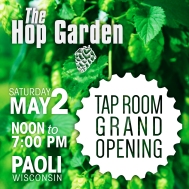 About The Hop Garden
The Hop Garden is a family owned business who also operate a hop farm south of Belleville, Wisconsin where they manage 9 acres of hops which sell to craft brewers all over the USA.  In 2014, Rich Joseph, owner of The Hop Garden, turned his homebrewing hobby into a business and began commercially brewing in January of 2014. The Hop Garden now has 4 distinct beers which they self-distribute to over 60 retail outlets in Southern Wisconsin and are served at their Paoli, WI Tap Room.  The Hop Garden beers include the use of hops from their Belleville, WI farm and malt from Chilton, Wisconsin.